Star Wars: The Last Jedi - Far, far away from being a classic, it is still a blast to experience - 4 stars (Spoiler free) 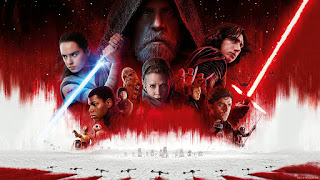 'I only know one truth: It's time for the Jedi... to end.' - Luke Skywalker
Walking into the cinema...
We have so many questions from Star: Wars: The Force Awakens, but most important is who is Rey?

It can be said that The Force Awakens restored the world’s faith in the realm of the Skywalkers and the Force. It gave audiences the nostalgic touch to bring back our favourite characters and then introduced us to a slew of fresh storylines to draw us back into the Star Wars universe. What helped in the process was leaving a multitude of unanswered questions about Rey, Kylo Ren, Supreme Leader Snoke and Luke Skywalker for the next instalment of this journey into the far reaches of outer space. 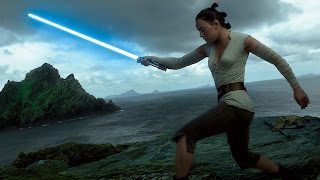 Things begin with the Rebel forces needing an escape from General Hux (Domhnall Gleason), Snoke (Andy Serkis) and all of the legions of the First Order. With Poe Dameron (Oscar Isaacs) at the lead and General Leia (Carrie Fisher) making the calls from the command ship, they attempt to escape the clutches of the dark forces while doing as much damage before jumping to light speed. In amongst their attempts to reassemble the Rebel forces, Finn (John Boyega) must work to gain assistance to bring down Hux and his forces, while waiting for the return of Rey(Daisy Ridley). Her journey left us on a distant island set on a secluded planet facing down Luke Skywalker (Mark Hamill), leaving fans wondering if he will come back to help with the resistance fighters and reconvene the Jedi order. 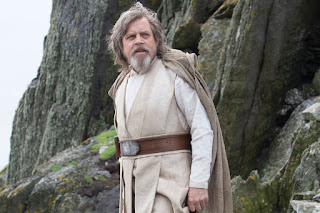 Director Rian Johnson (Looper) has taken the mantle from J.J. Abrams and builds a rich universe that incorporates humour, intrigue and mysticism that moves the storyline along without giving away too much. Moving on from the need to integrate the compulsory nostalgic elements from chapter VII, he establishes a new direction without messing with the overall ethos of the franchise. The new generation has strengths and weaknesses in this incarnation of the fabled storyline. Daisy Ridley continues to prove to be the correct choice for the up and coming Jedi warrior. In this chapter, it is her narrative that takes precedence over Finn's (John Boyega) and the other key characters. It is fascinating to watch her connection with Kylo Ren (Adam Driver), which may prove to have significance in the next instalments. Driver continues to show that he can sustain a range of temper tantrums but has yet to prove that he deserves to be a comparable stand-in for Darth Vader.
The weight of expectation from being compared to Empire Strikes Back is unfair and unnecessary for the sake of moving this franchise forward. Outside of being the second film in this rebooted universe, the similarities are only slight. The visual effects, the battle scenes and one-to-one fight sequences are exceptional and will provide an entertainment for multiple viewings. The Last Jedi is far, far away from being an instant classic, but it is a satisfying journey for the rabid fan and an entertaining choice for those who are just being introduced to Star Wars.
REEL DIALOGUE: What are some of the bigger questions to consider from this film? 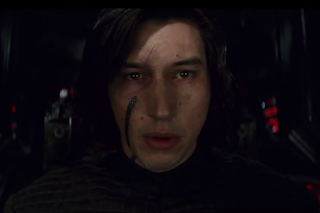 That blasted force: Whenever these films come around, it is fascinating to hear 'The Force' making it's way back into the vernacular of citizens around the world. It has turned into this era's version of saying 'Good Luck.'

Luck and the Force are man-made concepts that cause some solace and others trepidation. Neither are biblical concepts, but that doesn't mean that the Bible does not have much to say about the spiritual realm.

A good challenge for Christians would be to choose to engage with our culture on the discussion about the spirit that does exist in this world. Instead of avoiding this franchise because of its spiritual worldview, seeing the opportunity to speak into the lives of people on the spiritual realm. This is an open door to clarify the fictional and the truths that can be extrapolated from this film.


RRs Star Wars Films Rankings
This beloved franchise has had it's hits and misses. Which were the best and the worst? Here is the list requested by fans from Russelling Reviews
Trailer for the film