Kids Korner: Paddington 2 - Get out your red hat, your blue coat and marmalade... The adventure continues - 4 stars

Paddington wouldn't hesitate if any of us needed help! He looks for the good in all of us.
Henry Brown
Walking into the cinema...
The family loved the first film, can the sequel measure up to the original? Get out your marmalade and enjoy the ride.

Russelling Reviews: 4 stars
The little bear in the blue toggle coat and the red hat has captured the imagination of children for generations. When Paddington* was introduced on the big screen in 2014 through the work of director Paul King, it was easy to see the innocent appeal of this furry creature from the Amazon. The imaginative world of the Browns and the Wes Anderson (The Fantastic Mr Fox) inspired storybook manner made this one of the best endearing children’s tales in recent memory. 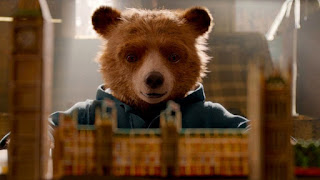 Three years later, Paddington (Ben Whishaw) has become an essential part of the Brown household and their close-knit neighbourhood. In his engaging and polite manner, the little bear cares for the people within his community and still stays connected with his friend and antique dealer, Mr Gruber (Jim Broadbent). The man with some of London’s unique antiquities has been working with Paddington to find the right gift for his Aunt Lucy’s 100th birthday.
When they find a rare pop-up book of London, the Amazonian bear knows this is the perfect gift for his auntie, but he must find the money to pay for the precious gift. During his quest to earn the funds, he manages to get framed for the theft of the rare book and finds himself in prison. As the Browns strive to clear his name, they begin to investigate the whole situation and have to work out how their famous neighbour, Phoenix Buchanan (Hugh Grant), is involved with the disappearance of the missing book. 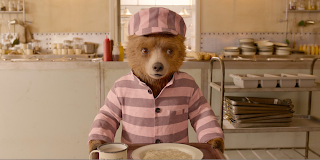 Discovering a film that manages to appeal to all age brackets is difficult in this era. Paddington 2 provides something for children, teens and adults through creative storytelling and endearing characters. Even though it delves into the realm of the unbelievable, this is a movie that has humour, action and visual effects that should win over people despite their familiarity with the children’s book series.
With a stellar cast, beautiful visuals and one of the most loveable central characters, Paul King manages to draw a fine line between the fanciful nature of children’s books and an excellent life lesson for all ages. Brendan Gleeson, Sally Hawkins, Hugh Bonneville and Julie Walters provide a power-packed supporting act that adds to the magic of the film, but it is Hugh Grant’s performance that makes this whole journey special. His take on the faded and narcissistic actor who has become relegated to dog food commercials provides the perfect antagonist for a child’s storybook. The closing credits routine brings things home for an excellent holiday adventure.
What should I know as a parent before going to Paddington 2? 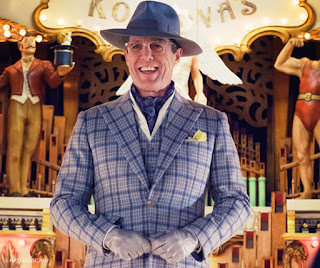 To all parents, it would be a travesty for you to miss out on this captivating adventure with your children. Beyond the comedic aspects and charming characters, this is a tale that shows the real value of community. In our society where we tend to be more isolated and fearful of our neighbours, Paddington 2 reinvigorates the message of the second commandment of Jesus.
You shall love your neighbour as yourself. - Matthew 22:39
and the words of the Apostle Paul in 1 Corinthians 12:12
For just as the body is one and has many members, and all the members of the body, though many, are one body, so it is with Christ.
This holiday season this is a beautiful choice for families to enjoy a film together and then to consider how the message of the film applies to them and the people around them.

What is Kid's Korner?
Click on the link and see