Thor: Ragnarok - Is this the best film in the linage of Thor and is it one of the best Avenger films? (spoiler-free) 4 stars 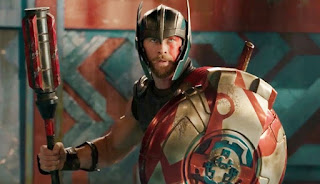 “I lost my hammer, that was just yesterday... it is still pretty fresh.'

Walking into the cinema...
One of the best films of 2016 was 'Hunt for the Wilderpeople. ' When Taika Waititi, the director of this fantastic New Zealand gem was announced for Thor: Ragnarok, it could be said that this will be an outing, unlike any other Marvel film.

Being the third instalment in the life of the Norse god and despite its title of impending doom, Thor: Ragnarok rises above his trilogy and becomes one of the best Avenger films with a thunderous boom. In a matter of minutes, Waititi manages to turn all that is known about the comic book character and delivers a comedic thrill ride that completely upends the canon of films. 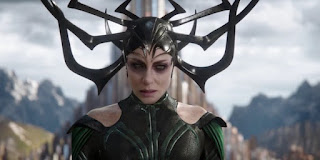 Throughout his tenure in the Marvel Universe, Thor has proven he is at his best when he is part of an ensemble. Chris Hemsworth has filled the shoes of the Norse deity well over the years, but his character has been more useful with his Avenger counterparts at his side. One thing that the Australian actor has proven is that besides having the physical presence to carry the hammer, he has shown to have exceptional comedic abilities. These comical skills combined with the talents of director Taika Waititi (Hunt for the Wilderpeople) and the assembly of his new band of warriors should deliver a very different experience for fans. 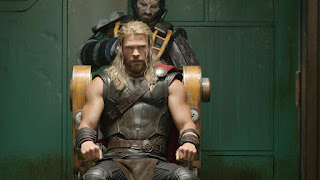 It has been two years since the events surrounding Ultron and his attack on Earth, but now Thor has more significant issues happening back home in Asgard. His sister Hela (Cate Blanchett) has returned to reclaim her place as heir apparent to the Asgardian throne and manages to banish her brothers, Thor and Loki (Tom Hiddleston), to the planet Sakaar. The god of thunder must fight his way off this planet of rubbish that is under the rule of the Grandmaster (Jeff Goldblum) who only grants freedom to the slaves who prove themselves in the ring of gladiators. Hoping he can gain assistance from Hulk (Mark Ruffalo) and a new band of rebels, Thor hopes to get back to his homeland to save his people and stave off the end of all Asgardian civilisation that is called Ragnarök. 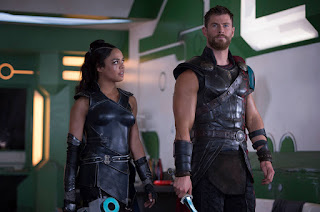 Besides being a humorous cinematic triumph, an aspect of this film that is difficult to avoid and begs consideration are the topics of the spiritual realm and the potential for a world apocalypse. Despite the source material coming from the world of graphic novels, the themes sample from Scandinavian liturgy and point to a multitude of biblical references. The authentic persona of death portrayed brilliantly by Cate Blanchett, shows the vicious nature of this entity. She was able to give the world a real reason for the need of the saviour from her reign. Combining this personification with the wake of destruction brought on by death's rule points to questions that need answers that require outside sources for reference.* 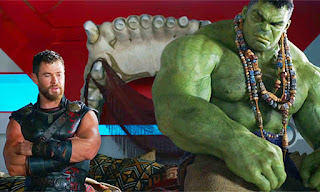 Hemsworth manages to show that despite being a flawed hero, he is the right counterbalance to the dark shadow of his sister. So much of his role is reliant on his comedic timing, but this film does contain darker elements that keep it true to the source material. The gloomy portions of his sibling rivalry with Hela is mixed with the humorous banter between Hiddleston and Ruffalo. These relationships counter the complexity of the spiritual battle through a winning script that is full of action and laughs. What differentiates this from other Marvel films is the visual package that Waititi packages the movie in, which was reminiscent of what defined 70's action films. This use of imagery does not hamper the quality as much as allowing the Kiwi director to make way for a modern spin on a different era in storytelling.

There were times where the plot was a bit awkward and some of Hemsworth's responses do seem to be a bit forced, but this is made up for in the multitude of action sequences and humour situations. Thor: Ragnarök successfully hits the mark of action-packed fun and provides the spark needed to maintain an interest in the continuing saga of the Avengers.

*Take the time to read the book of Revelation and if you desire to know more on the subjects of death, the apocalypse and salvation contact City Bible Forum

Check out Russelling Reviews ranking
of the Marvel Universe

Which is the best?