Danger Close: The Battle of Long Tan - The defining moment for Australians in the Vietnam War 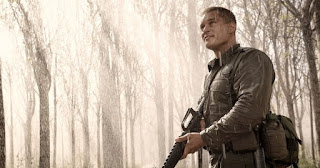 'The Battle of Long Tan lasted just one afternoon, but it came to symbolise Australia's 10-year involvement in Vietnam.'

Two things make The Battle of Long Tan unique within the Australian military landscape, the first is that it is a celebration of a victory. Many of the military initiatives that have become legendary in ANZAC folklore tend to be devastating losses, such as Gallipoli. Long Tan offers an event that shows 'the battler spirit' and how the value of mateship provided a winning combination. Another rare aspect of this tale is that this battle occurred during the Vietnam War, an era that most residents of the Sun Burned Country wanted to ignore. This was a military fight that took time for the country to embrace, but it is now adopted as a proud day for our armed forces and for the country. 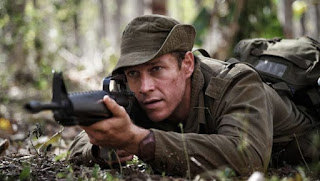 On August 18, 1966, Major Harry Smith (Travis Fimmel) led an inexperienced band of soldiers through a rubber plantation in South Vietnam for the sake of recognisance of the enemy’s position. This rag-tag bunch of young Australians and New Zealanders had minimal understating of the ways of war, but had trained hard under their seasoned leader.

As they worked through the rain and unforgiving landscape these 108 men came upon a battalion of Main Force Viet Cong and North Vietnamese Army soldiers. Pinned down, but resolving to hold their position, the men worked to support one another, protect their base and utilise the artillery mighty cannons of the ANZAC to hold off this unrelenting enemy.
With communication challenges and ammunition running low, the soldiers needed to rely on creative means of holding off the persistent waves of North Vietnamese. The leadership back at the base needed to make tactical decisions that could put the rest of the base's soldiers at risk, but the leaders had to determine how to support their men. Between a series of clever battlefield tactics, happenstance and pure gut-instinct responses to this devastating situation, the soldiers managed to hold off the enemy. Even with life being lost on both sides of the battleground, The Battle of Long Tan will go down in the history books as an against all the odds victory for the ANZAC.
What defines many military dramas is how the soldiers respond to human error, coincidence and fighting the instinct to flee from danger. This battle was a culmination of bizarre mishaps on both sides and proof that the right people were in the right positions for this mess to turn into a victory. By showing the unique aspects of the Australian response to authority, the casual nature to soldiering and the resilience of 'the battler' on the field of battle, it has the feel of an actual account of life on the base.
The messiness of the actual operation seemed to be reflected in the production side of the film. Despite being based in compelling history, the scripting, casting and special effects fail to make for a great depiction of a wartime effort. The fascinating elements of the firefight will keep people riveted to the screen even with the weaknesses in the production. 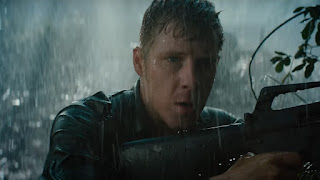 What keeps this story from sitting with some of the great wartime films is the pedestrian manner that the lines are delivered and the unrealistic nature of the explosions from ANZAC cannons.

These failings do lead to more empathy for the circumstances than for the characters themselves. The film does provide the mood that should be associated with this event, but it is hard to remember any of the soldier’s name. Thankfully the closing credits pay honour to each soldier and deliver the humble reality of the sacrifice given by the Australians on that day.
The Battle of Long Tan is a crucial campaign that should be celebrated within the Australian story. Even though this is not the most compelling retelling of a significant historical event, it is a film that is worth seeing for the sake of knowing more about the ANZAC and the service they provided for our country.

The dictionary would define it as a mode of conduct among Australian men that stresses equality, friendship, and solidarity.

It is difficult to explain the value and depth of the mateship tradition of Australia. Except that it goes beyond the label of mere friendship to define a relational aspect that is uniquely Australian.

Even though it a defining aspect to Australia, it is not unique to this time and land. The Bible addresses this very thing in a relationship between two men in the Old Testament. David and Jonathan had a friendship that is reminiscent of the mateship of the land down under. One worth reading and considering in light of friendships around the world.