The Man Who Invented Christmas - A gift for the family this holiday season - 3.5 stars 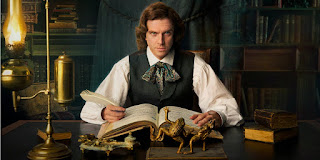 Charles Dickens wrote the entirety of the novella in six weeks.

Walking into the cinema...
At first it was hard to determine if this was historical or fiction. After some study, it is a dramatic retelling of actual events.

When it comes to classic literature, few authors in western society have been able to transcend generations like Charles Dickens (Dan Stevens). From Oliver Twist to David Copperfield have solidified his reputation amongst the ranks of the great writers, but none have had as much impact on society than A Christmas Carol.

In October of 1843, Dickens was experiencing an authors nightmare. His last three books had failed to sell, and he was in a desperate financial situation, but during trials, some of the greatest inspiration can occur. During this time the author developed the concept for a man named Ebenezer Scrooge (Christopher Plummer) and what happened to him on one Christmas night. His publishers chose to reject this his newest creation, which led Dickens to publish the book himself for the sake of his family and career. 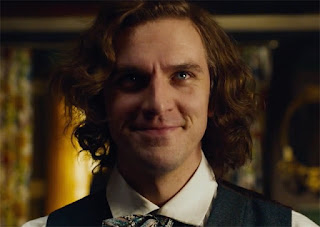 The Man Who Invented Christmas is the dramatic retelling of the events surrounding the six weeks that it took for Dickens to write his classic novella. Historian Les Standiford penned the book that has brought to life the creative process of one of the greatest works of prose in history. While some dramatic license needed by director Bharat Nalluri (Spooks) to bring this story to the big screen, the author’s tale does manage to capture a portion of the magic of Dicken’s original work. Showing the personal influences of the people around the artist and how they helped in the formation of the Christmas narrative.

To have a ‘glance behind the curtain’ in the creative process made for an entertaining journey into the life of a literary genius. Dan Stevens manages to provide a human side to this legendary figure. His perforce and the overall production did skirt close to an overly sweet portrayal of the events, but there is enough reality included to balance out the candy-coated elements of Nalluri’s film.

Stevens successfully carries the film, but Christopher Plummer and Jonathan Pryce provide the needed depth to two sides of Dickens’ life with their seasoned presence. These veterans are welcomed additions to the cast, but it was Morfydd Clark as Kate Dickens that proved to be the steady force in the unusual life of the writer’s life.  Her quiet strength and the portrayal of the unconditional love of the wife of an artist was an excellent next step for the young actress after her turn in 2016’s Love & Friendship. The casting was calculated and served to bring a balance between the kinetic energy of Dickens and everything happening in his home.

The most refreshing aspect of this film was that it offers families something to go and enjoy for the upcoming holiday season. Some high drama, a glimpse into a significant portion of history and a hopeful message for the season. This biographical sketch  will offer something for everyone in the family and upon leaving the theatre, there should be no hum-bugs, and all should be saying, ‘God bless us everyone.’ 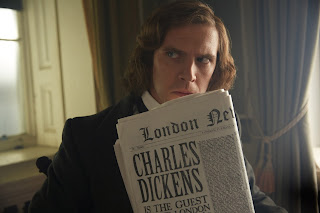 The title of the book and film is The Man Who Invented Christmas and as a Christian, this makes me cringe. Charles Dickens did not invent Christmas, but after seeing the film this can be forgiven. This provocative title does beg the question, who did 'invent' Christmas?

It is not an author, it is not a man. Christmas could only be 'invented' by God. Only could be a supernatural being could bring forward a glorious gift. The first Christmas present was the birth of God's Son, a gift of true unconditional love. God becoming a man to save the world. A gracious gift was given to mankind. A one-time event that was unlike any other in history.

If you want to check out the story. Every detail, every bit of drama and even the supernatural aspects that make such a beloved special event: The Christmas Story