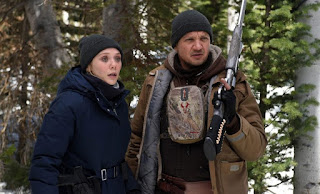 "When raising your children, you can't blink."
Walking into the cinema...
Elizabeth Olsen and Jeremy Renner share the screen again, but can they be as convincing without super powers?

Exploring the challenges of the indigenous population of the United States has given rise to a multitude of great films. Director Taylor Sheridan’s latest murder mystery is based in the plight of many Native American women on the reservations across the country. Wind River provides an engaging and confronting drama that exposes the difficulties of this population through the personal tragedy of one family and how it impacts the community as a whole. 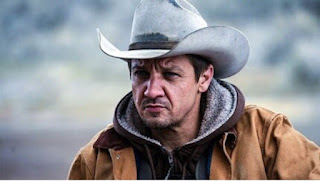 Cory Lambert (Jeremy Renner) is a US Fish and Wildlife Service agent in modern day Wyoming and hunts the carnivores who threaten the livestock of the local farmers. One day he is asked to find and eliminate a mountain lion who is devastating the cattle on the Wind River Indian Reservation. While tracking the large cat through the frigid temperatures and the rugged terrain, he discovers the body of a young lady from the local reservation. Because of his tracking skills and awareness of the land, Lambert is recruited by the local law enforcement and the FBI agent, Jane Banner (Elizabeth Olsen), who is assigned to the case. The inexperienced federal agent receives an education on the politics, the past events within the community, and the hurdles that she must overcome if she is to solve this murder.
What helps to differentiate the compelling from the average murder mystery is the effective revelation of each clue to the crime. When this element is partnered with a personal connection to the lead character, the story becomes all consuming. Taylor Sheridan manages to deliver these elements without coming off as formulaic by the layering of teach component which provides the right amount of information to keep the audience coming along for the ride and desiring the next piece to the puzzle. This relatively untested director shows a masters hand at these well-timed discoveries that continue until the end of the film. 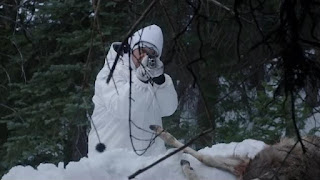 The strength of direction is matched by the performances of Renner and Olsen, who show and prove they have acting skills that extend beyond the Marvel Universe. Reminiscent of the brilliance of his role in Hurt Locker, Jeremy Renner shows the quiet cool that proves that he is one of the most underrated actors in Hollywood. These stars are surrounded by the stellar cast of Gil Birmingham and Graham Greene which provide the necessary reality of the reservation lifestyle. The depth of emotion from each of these actors moves this from a mere murder/mystery to one of the best action dramas of 2017.
What lifts this motion picture above most of the other options this year is the portrayal of family and grief through trials and tragic events. The horrific details and realistic imagery at the centre of Wind River are not for the faint of heart, but this only adds to the strength of the narrative. These graphic details lay the groundwork for a powerful depiction of a community as it contends with loss and suffering. Between the skillful direction, the stellar performances and the sincere depiction of heartache within the families in this community, Taylor Sheridan’s monumental work should be on the any mature adult’s must see list. 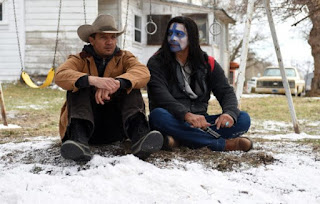 Wind River brings grief to the forefront of people's lives. Regret, tears, anger, confusion are some of the emotions that come along during this time in the lives of those who lose a loved one. The brilliance of the storyline within this film is the ripple effect of how a tragedy within a community shows how suffering and grief does not happen in a vacuum and that the support of others is essential for healing.

One thing that can be considered about the message of the Bible is that God is not only there for those who grieve, but that he can empathise with them too. His Son died a horrific death and it allows people to know that they can come to a God who knows how they feel during this low in their lives.*

* Portions of this commentary were originally published with the Demolition review