Risen - A skeptics investigation into the Easter's story of hope - 3.5 stars 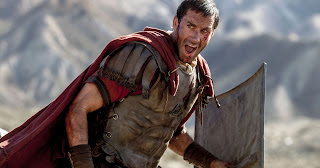 Walking into the cinema...
It is that time of year: Easter brings out the latest retelling of the most significant historical event. Can Risen provide a fresh perspective on this familiar tale?

The death, burial and resurrection of Jesus Christ has been the subject matter of a multitude of films thought cinematic history. It is rich in intrigue, controversy and is at the heart of the largest world religion. It might be said, 'All has been said about this story.' Yet, as the Easter season approaches, studios are still striving to capitalise on the turning point in history, Sony provides the latest outing into the this Messianic adventure, Risen.
Veteran director Kevin Reynolds (Tristan + Isolde)  delivers a fresh spin on this exceptionally well known tale. His screenplay considers the view of the man who was in charge of ensuring that Jesus' body remained dead and buried. Clavius (Joseph Fiennes) is been given the responsibility of witnessing the death of this Jewish carpenter, sealing the tomb that was provided for this man and installing the men who are to guard the tomb from vandals and the followers of the Christ. Pontius Pilate (Peter Firth) wants to keep political order, the Jewish leadership wants to keep this disorderly sect from growing and the 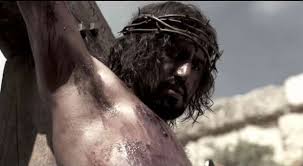 disciples of the 'King of the Jews' have gone into hiding. Then the news comes that the tomb has been emptied and there are rumours that Jesus has been seen walking amongst the people in the area. Clavius turns from guard to investigator and must find the body of the prophet before disorder erupts in Jerusalem and throughout the countryside. In the process of enquiry, the Roman centurion is introduced to the strangely non-rebellious lot that call themselves followers of the man on the cross. He and his regiment leave no stone unturned in searching for the mysterious body. Clavius begins to question his own beliefs and consider whether this one man and his followers could be telling the truth and could this be the end of the Roman Empire?

Based on first impressions, this film could easily be categorised as another faith-based film, but that would be an unfortunate interpretation. The acting and direction prove to lift this film above this category's normal misgivings, but it is the screenplay that differentiates this Christ-centred outing. The effectiveness of this screenplay is allowing the central character to be a fictitious character that could have existed and allowing the actual historical events to happen around him. The historical pundits should be pleased with the treatment of the original story of this significant event. Audiences can be entertained with the notion of this Roman centurion travelling though the historical narrative asking the questions that many still ask today. Did Jesus really rise and how did people respond? 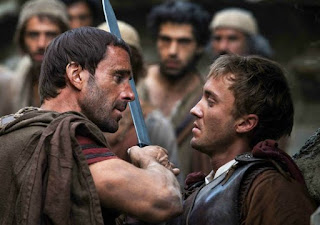 Joseph Fiennes' (Luther) character provides the necessary skepticism to carry this film on his shoulders and brings a credibility to the production. He proves his acting prowess and brings a believability to the enquiring central character.  His final conclusions are predictable, but the lengths that he goes to for the sake of finding the answers excuse some of the weaker plot holes.
For the pessimistic Christian followers of film adaptations, those who seek out any inaccuracies of the biblical components should be pleased with how Reynolds handles this portion. He does not sacrifice the classical components of this biographical narrative. The cinematic components make the story believable and allow for a broader world that happens around the events of the crucifixion. Interestingly, the finale does move toward the cliched, because of the familiarity of this aspect of the life and death of Jesus, but this does not minimise its impact.
This is not a perfect film, but it shows that these Christian themed adventures can be of the highest of quality without sacrificing the original message. Risen is entertaining, engaging and effectively delivers the message of hope that comes during this time of year.

Leaving the cinema...
There is hope for faith-based film making. The quality of producing these films is beginning to match the value of the message itself. This would be a wonderful film for anyone to  understand the heart of the Christian faith this season. It might challenge skeptics to look at the evidence and see what conclusions they come to with their own lives.

*A rare moment where the bigger questions portion strongly influenced the overall rating.