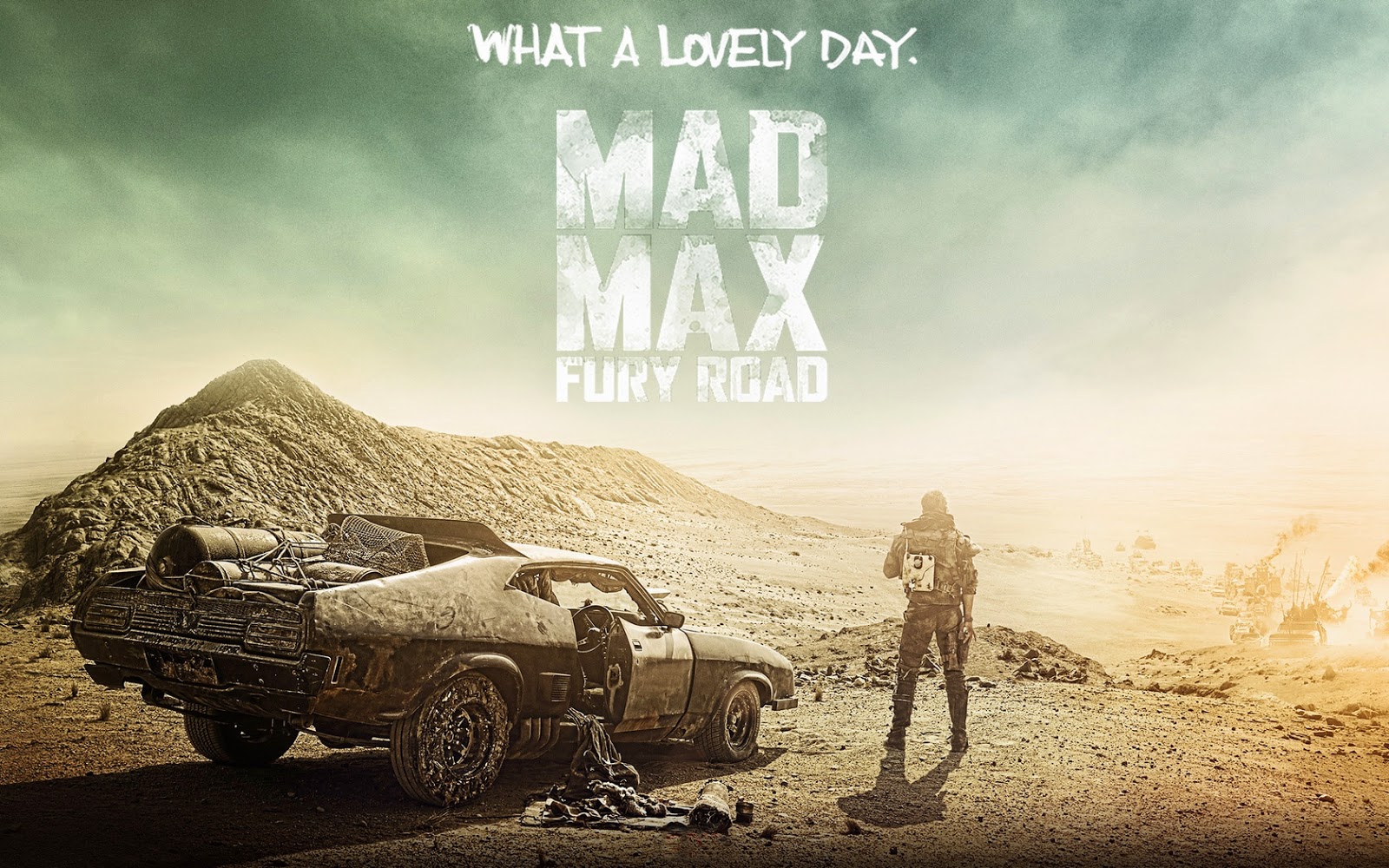 Do you remember Mad Max, The Road Warrior or Thunderdome?

Walking into the cinema...
Many in the film industry credit George Miller with developing the post-apocalyptic genre. That might be a bit generous, but his vision of the future seems dark and depressing. Is it worth revisiting Max’s world?

Overall Rating:  4.5 stars
Cinematic value: 4.5 stars
Big questions value: 4 stars
Family value: 2 stars
(This film has a mature rating due to the violence, take this into consideration before viewing)

Leaving the cinema...
The brilliance of George Miller's Mad Max: Fury Road is difficult to put into words. He seems to be giving us a film making lesson of conveying depth with minimal dialogue. This was a visceral experience unlike any recent action film on the cinematic landscape. It blasts onto the screen and never lets off the pedal until the end of the film. Miller has magnificently choreographed the action to communicate every nuance of the film from the back story to the current action and the desired outcome with minimal vocabulary. This new Mad Max is a portrait of a violent, post-apocalyptic world and delivers a stark view of humanity, but within the violence and despair of the human experience there can be hope. It was a mind blowing surprise to find a cinematic gem in the dead landscape of Mad Max's world, but you need to see it to believe it.

Review:
We have not seen Max Rockastansky (Tom Hardy) on movie screens in 30 years. This is a welcome return to Max and the crazy, post-apocalyptic world of George Miller (Mad Max, Babe). Max lives an existence of sheer survival. As a former police officer and family man, he is now a tortured shell of the man of justice he used to be and merely wants to survive. After being captured by the leading cult forces of this futuristic wasteland, he finds himself in the middle of a pursuit of Furiosa (Charlize Theron) and the wives of the masked Immortan Joe (Hugh Keyes-Byrne). Max becomes the pivotal force to assist in Furiosa’s escape and redemption. Mad Max: Fury Road becomes a race for life, redemption and  hope. Shot in the barren desert of Namibia, the fight for life becomes an adrenaline charged chess match that in making the wrong move will cost you your life. No summary can do the action justice, except to say to is a new visual standard that needs to be experienced.
Mad Max: Fury Road is a lesson in conveying depth with minimal dialogue. George Miller delivers a master's class in story telling and stunt driven effects that successfully convey back story, cultural nuance and the justification of these desperate acts of disobedience and violence. Even as the fourth outing for this character, we are given a fresh storyline and wealth of new characters for a new generation. It is not necessary to see the original films to enjoy this chapter in Max's adventures, but it might be worth going back to watch the first two films in this anthology. The cast is captivating and effective in their roles, but they have to take a back seat to the energetic stunt work and effects. This world seems to be a maniacal and messy existence, but becomes an enjoyable, orchestrated primal experience. Who would have thought that through the Mad Max franchise Miller would be able to convey his cinematic brilliance and deliver this visceral masterpiece. Not to dismiss the acting, Hardy is brilliant as the tortured lead character and delivering a believable portrait of his desire to survive the present while mentally enduring his past. He is given minimal dialogue, but is able to become the heart of this post-apocalyptic tale. Interestingly, Hardy is not the primary lead in the film that bears his name. Charlie Theron’s shining portrayal of Furiosa is the literal and figurative driver of the film. She manages to redefine feminine heroism for film makers. She has strength, purpose and a sacrificial depth that presses the story beyond a mindless chase scene. In a genre that tends to victimise or sexualise the female leads, Miller portrays a strong female lead without any unnecessary feminist underpinnings. In masking her natural beauty, Theron is allowed to develop her strengths and vulnerabilities without making a political statement. Both Hardy and Theron are supported by an excellent supporting cast that moves this experience from a mere adrenaline rush to a story of fighting for your right to live, seeing that sacrifice is part of freedom and ultimately for the hope for redemption.
On many levels, Miller seems to realise that action without reason loses its purpose. In adding a spiritual component to Mad Max: Fury Road, he allows for a narrative depth in the script. Immortan Joe (Hugh Keays-Byrne) is the cult leader in this dark, twisted world. His character delivers a dark and demented message of the need for effective leadership and that leaders need to provide people with purpose for their sacrifice, even if it is misplaced. This story shows that there is basic need for something beyond our material needs that gives society drive and direction. Also, the flower on this desert wasteland is hope. Even the jaded heart of Max is turned and assists in getting those under his charge to their promised land and in giving them hope in the bleakest of moments. This is an essential cinematic vehicle when placed against the backdrop of the depravity of mankind. Miller manages to capture this element and allows for the story to consider the realities of mankind's history and future. If the film does have a weakness, it would be in the conclusion. In all that they desire to achieve and find through this film maker's journey, the finality has an empty satisfaction. After watching a film like Mad Max : Fury Road it might be worth reading through Revelation. Fortunately, with the God of the Bible there is more we can hope for in the future.

This film has an unexpected and unfortunate sting in the tail.  Walking into the cinema... What would you do if you were paralysed from the neck down for the rest of your life?  Russelling Reviews:  2 stars The association that most people may have with the saying 'a sting in the tail' is to experience an unpleasant and unexpected conclusion to a situation or story. This is the case with the directorial debut of Andy Serkis (War of the Planet of the Apes) and the retelling of the life story of Robin Cavendish (Andrew Garfield)  who despite contracting polio, became an advocate for disabled patients . What begins as a beautiful film depicting the history of a fighter for the rights of  those with physical challenges  suddenly turns into a message that promotes euthanasia. All that to say that this review will contain spoilers to ensure people are aware of the underlying intent of the film. Pol