X-Men: Days of Future Past - Trying to re-ignite the love for a franchise - 3 stars 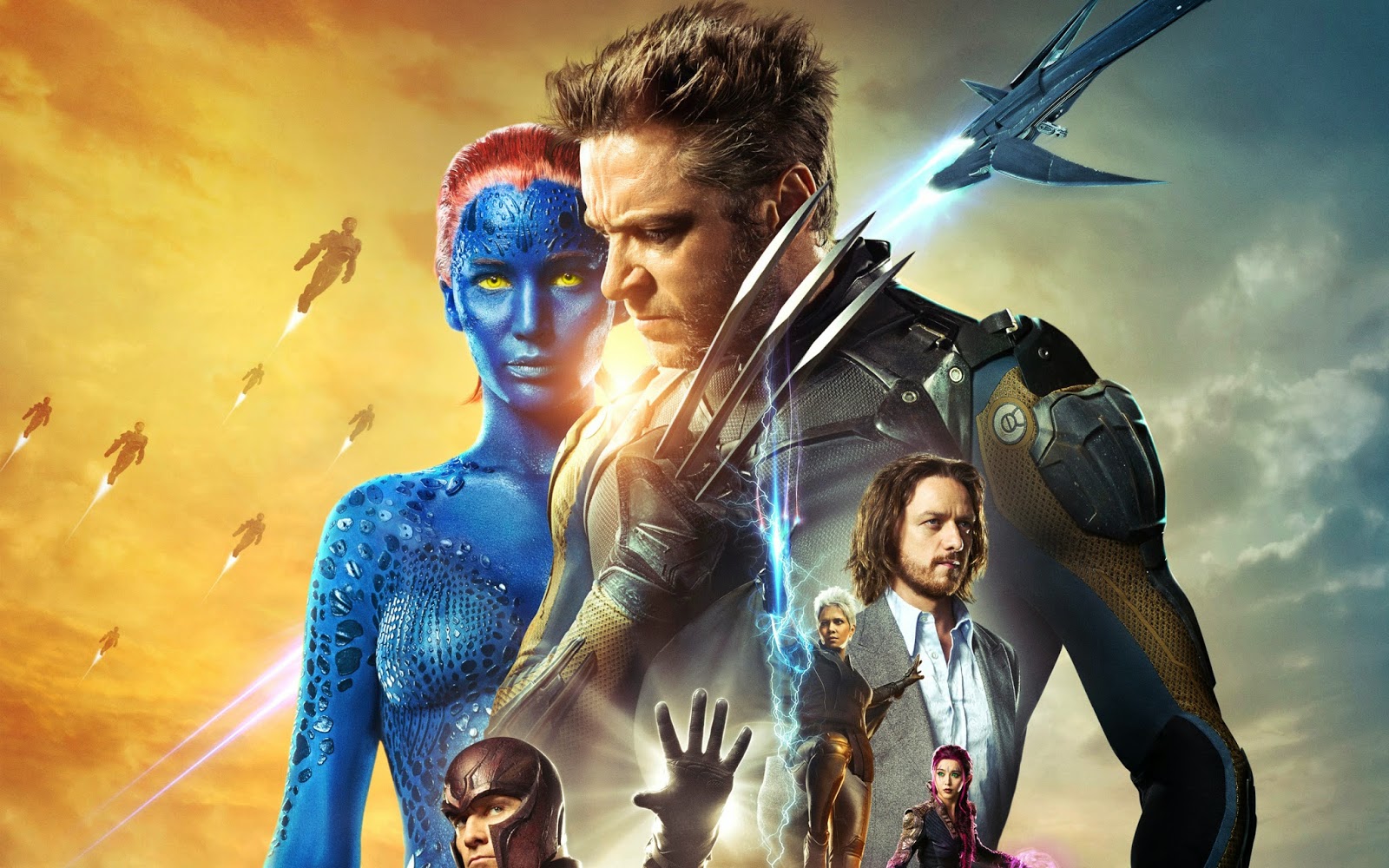 There is nothing new under the sun, even if you have the ability to travel in time. Sometimes when we want a friendship from the past to be put right, we try to reinvent everything from the past to bring back the magic of the original relationship. The problem is found in rekindling the spirit of the relationship, because you cannot always reinvent the original emotions involved. This is how X-men: Days of Future Past felt. Like visiting an old friend, but we both have moved on in life.


Walking into the cinema...
This film brought about mixed emotions. Admitting to suffering from a bit of super-hero fatigue, but there was intrigue in the concept and Bryan Singer taking the helm of the X-men franchise again. Would the this film re-ignite a love for this franchise? The new film from Bryan Singer is an attempt to reignite the fire of the X-men franchise. The original cast, the original director, the same storyline, but with new twists and bringing together of both new and old cast members. Admittedly, it had the potential for fireworks. But this outing is the fifth go at this mutant tale (not including the Wolverine films). It ends up being a retelling of the same story, with the same characters and being told by the same story teller. Do not misunderstand, this is an enjoyable film and does set the franchise back on track, but does not have enough fresh ideas to revive a new passion for this storyline. The film is about time travel, rebuilding relationships and mutants. We come in on the story during a dystopian future, a time destroyed by a class of robots called the Sentinel created by Dr. Bolivar Trask (played by an under-utilised Peter Dinklage). The 'original' Xmen (Patrick Stewart and Ian McKellhan, Halle Berry) have to resort to a plan to send Wolverine (Hugh Jackman) back to the '70s to keep Mystique (Jennifer Lawrence) from going through with an act that would cause the horrific future of earth. Also, Wolverine must reunite Magneto (Michael Fassbender) and Professor Xavier (James McAvoy) who had been put into separate camps in the last X-men outing. Tension ensues because all of these things need to occur prior to the imminent destruction of the original cast in the future.
Surprisingly, all of that does come together and Singer weaves the story together well. Singer manages to keep the time travel experience believable. One of the joys of the film is the insertion of early '70s politics, fashion and news footage. An intriguing part of the journey is an explanation of key historical events and mutant impact on the events, some more light-hearted than others. The potential benefit or challenge of writing a X-men film is the bountiful array of characters that can be part of the action. With this latest entry into the franchise, it becomes more of a challenge. The insertion of characters gets overwhelming and becomes difficult to follow. One challenge leaves the viewer wanting the development of some of the newer players and elimination of others. One of the primary mistakes of the film is the minimal usage of a new character, Quicksilver (Evan Peters). Magneto's escape scene is one of the the highlights of the film, but goes by in a flash (pun intended). This scene shows Singer's skills at balancing humour, special effects and choreography, but this potential original storyline is short lived. Throughout the film, the action and suspense sequences are good, but the action becomes mere bridges between the dialogue of relationship rebuilding. This unfortunately leaves the film feeling a bit flat.

Consistent with most superhero films, we see the common thread of hope, faith and sacrifice. Unfortunately the nature of many of the characters in this complex ensemble gets muddled at times and the story line leaves you wondering what side everyone is on. Singer masterfully crafts a film of twists and amazing special effects. The heroes are well acted and the time travel portion is believable. But the story is one that has been done and does not illicit a new passion for this troupe. In the end, it tries to resurrect a love for the franchise, but leaves you wanting to be just friends.

Leaving the cinema...
I enjoyed Bryan Singer's film. There was a good mix of humour, action, twists and good storytelling, but I felt like I had seen this all before. It was a good night of entertainment, but forgettable after leaving the theatre.

Family value:
It is a superhero film, violence is a forgone conclusion. The dystopian future does introduce some disturbing scenes of devastation and there are brief language issues. Just because it is based on a comic book does not mean it is for children. This film is for mature audiences.